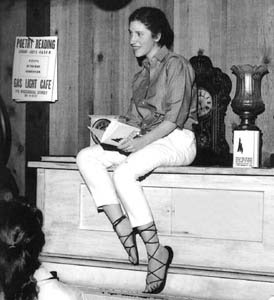 modern without knowing it

In 1960 Louise Cowan published a book about the Fugitive poets, published (not surprisingly - it's long been a haven for Tate, Ransom, Penn Warren, Donald Davidson scholars and poetic followers) by LSU Press. The American Scholar ran a review of this book. Robert Langbaum wrote it, which shocked me slightly since I think of Langbaum as a liberal northern (Jewish) critic more interested in what might be called "northern" problems of poetry. He was at the time still working on nature poetry (in the New England sense) and Hardy, of course. Anyway, I'm fascinated by what Langbaum says about the Fugitives' relationship to modernism: "The Fugitives did not start with a modernist or regionalist program. Modernism was an issue among them; and the controversy between the radical modernist, Tate, and Ransom who was, as Tate said, 'modern without knowing it,' is one of the most interesting things in the book." The story is all about the realization among southern intellectuals that there was a political implication to their poetic practice and critical theory. Prior to that reckoning, they could be "modern" or not modern "without knowing it." After that, the extent of the convergence, in them, of modernism and Southern conservativsm (including, for some, apologetics about slavery and the Southern defeatist complex) became something they had to work out, usually with the effect of pulling the modernism out of them. Certainly this is one way of telling the story of John Crowe Ransom.