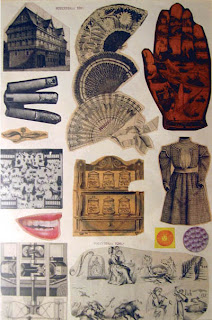 Toyen was Marie Cerminova (1902 - 1980). Toyen never exhibited the double-sided collages she produced during the 1960s and 1970s and she probably did not even show them to any of her close friends. They were not made public until an auction in 1982.

Toyen, who rejected her name and chose to pursue her career as an artist under an assumed name, was the leading Czech surrealist and one of the many women who played important roles in the International Surrealist movement. A feminist, she rejected suggestions that she play a woman's role, and soon she endorsed the anarchist movement. She and the Czech poet, Jindrich Styrsky, went to Paris in the early 1920s and announced their own alternative to Abstraction and Surrealism, "Artificialism." By the mid-1930s, however, her work had become sufficiently Surrealist that, back in Prague, they became founding members of the Czech Surrealist group. In 1935, Andre Breton and Paul Eluard came to Prague and began a lifelong friendship with Toyen, interrupted only by the Nazi invasion and conquest of Czechoslovakia. 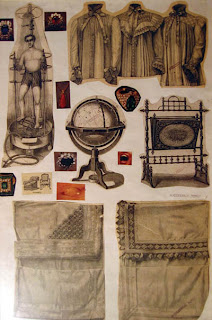