left on Lolita: authentic quality of the real 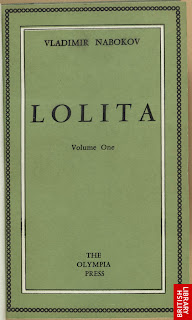 In the same issue of the New Left Review where I found the Clancy Sigal statement I've mentioned earlier, I read P.V. Ableman's review of Nabokov's Lolita. Although New Left Review was independent-left more than predictable communist-left, I was still expecting fairly straightforward condemnation of its unreality. Ableman writes very interestingly about this novel.

(I'm not sure why the journal published a review in 1960 of a novel first published in 1955. Perhaps the Weidenfeld and Nicholson edition mentioned atop the review was a new edition of some sort.)

First, authenticity does not at all depend on realism, and indeed might be necessitated by a break from the tools of the real. "What a potent feeling of authenticity is gradually generated by this book, which never seriously attempts to establish a single, conventionalised relationship with reality...."

Second: we might have a healthy start-again post-modernism here, and for a left lit critic this might be a way around or at least past the critique of modernism. "The machinery of Lolita is sometimes preposterous and never (to appropriate the adjective used for the adolescent heroine's underclothes) more than perfunctory. It is as if the narrative conventions of the European novel having finally broken down, analysed out of existence, perhaps, by Joyce, Nabokov has cheerfully started again from scratch." And more: "...it is late in the day to begin at the beginning" but in this book we may indeed have found" the authentic quality of 20th century life emerging."
Posted by Al Filreis at 6:41 AM