nuke-age accessories no less in demand 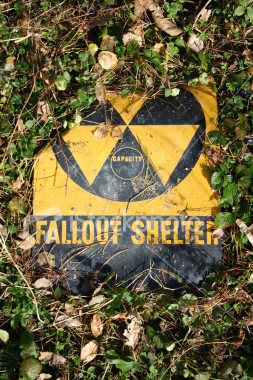 No first-class war can now be fought
Till all that can be sold is bought.
So do get going helter-skelter
And sell each citizen a shelter
Wherein, while being bombed and strafed, he
Can reek and retch and rot in safety. 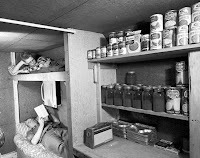 A ditty penned by Kenneth Burke and published in the September 24 issue of the Nation. Let's not think for a moment that the duck-and-cover civil defense anxieties of the 1950s had very much abated by 1960. The Cuban Missile Crisis of a year later certainly re-intensified these concerns, but they hadn't lessened greatly in the months immediately preceding. Of course Burke's complaint isn't merely about atomic hysteria. He's also here satirizing the commercializing and literal capitalization of nuke-age accessories.
Posted by Al Filreis at 12:23 PM